What type of heating system do you have? 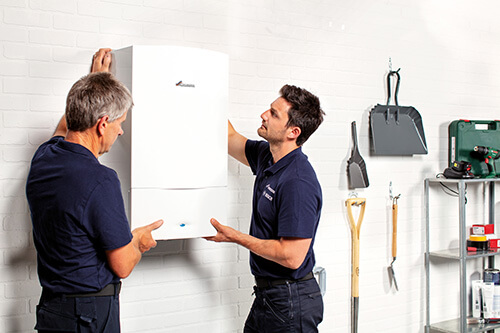 Most people in the UK have a central heating boiler but do not know what type of system they have.

Here at Bumblebee heating we work on all types of system but figured it would be a good idea to do a small blog for our customers so that they understand the type of system they have and some of the pro’s and cons attributed to each.

In most domestic dwellings there are four main types of heating system….

Lets look at each and briefly explain how each system works.

A combi boiler does both your heating and hot water all from one unit. Unlike other types of system it does not require external pumps and valves to control it. It has to be on a sealed system (in almost all circumstances) meaning that the customer will have to “top up” the pressure periodically via a filling loop (please see our youtube channel for a video on how to do this)

Heating – All combi boilers require an external clock and stat/ programmable stat. We tend to fit a wireless programmable stat, where you can set your on/off times and your desired temperature on one unit. When a demand is created (you call for heating on your stat or timer) the boiler recieves power on the switch live telling it to come on for heating.

The diverter moves inside the boiler, the pump comes on and the ignition process starts. The boiler fires up and sends the heated water out to the radiators. Once temperature is reached the demand (switch live) to the boiler will go and the boiler will stop firing but the pump will continue to take latent heat away from the boiler.

It is normal for a boiler to cycle on and off to get your house to the desired temperature.

Hot water – When you run a hot tap in the house a flow switch will be made within the boiler to tell it to come on for hot water. The diverter valve will move over to send the heated water through a small heatexchanger known as a “plate to plate” or secondary heat exchanger. The cold mains water simply flows through this secondary heat exchanger and heats up via convection meaning it then comes out of your taps hot.

A heat only boiler does exactly what it says on the tin. It takes its demand from external controls i.e zone valves and comes on to heat the water. This heated water is then dispensed to either a hot water cylinder (hot water) or around the radiators (heating).

In effect the boiler just heats hence the name heat only. The rest of the system does all the work. There will be an external pump that circulates the water and valves that dictate where that water goes. They are all controlled with a programmer/clock and thermostats on both the heating and hot water side.

This system is classed as open. In short that means there is an open tank (often in the loft) that is supplied water via  a ballcock that fills the system. There is another tank (also in the loft) that supplies the water to the hot water cylinder that uses the gravitational head of water to force its way out to your taps. This can often mean that your taps have poor pressure due to height of your header tank.

This is fairly similar to a heat only other than the pump is internal to the boiler and it is fitted on a sealed system, meaning the customer will have to “top up” the pressure periodically via a filling loop.

Back boilers are slowly being phased out. They are generally fitted behind a gas fire and are on an open flued system meaning a lot of the heat generated simply leaves via the flue making them very inefficient and expensive to run.

In terms of the way they work they are very similar to a heat only boiler and have the same advantages and disadvantages alike. Due to their location servicing these appliances is very difficult and therefore expensive. They require permanent purpose made ventilation and can be dangerous if not serviced annually.

The parts for this type of boiler are very hard to come by as many have been discontinued.

At Bumblebee heating we offer a no obligation quote service, so if you are looking to change or upgrade your current heating system please contact the office 01925713293 – 07722824665 or use our online quote tool (only takes 30 seconds) to get an idea of cost.

Bumblebee Plumbing & Heating (FRN 751901) is authorised and regulated by the Financial Conduct Authority. Bumblebee Plumbing and heating acts as a credit broker and not a lender and do not receive a fee for the introduction.

The business always endeavours to provide the best service. However, on rare occasions there may be times where a customer may not be completely satisfied.

To ensure the business can put things right for you, as soon as possible after the completion of the works, please inspect the work to ensure everything has been carried out based on the contract terms and to the high standards the business aims to achieve.

Please contact the business straight away with any concerns either by phone, email or write to us. If writing, get proof of posting.

On receipt of your complaint the business aims to respond within 5 days.

The business will arrange a convenient date to come and view and/or remedy the situation within 28 days.

In the unlikely event the business is unable to resolve your complaint having exhausted the business complaints procedure, it may be necessary to use another complaint service. Where the business cannot resolve the complaint to your satisfaction and/or agree to the final resolution requests confirmed to us; and both parties agree a ‘deadlock’ has been reached, you can then escalate your complaint.

Bumblebee Plumbing and Heating, Company number 09799981, registered in England and Wales. Registered office address 29 Bransdale Close, Great Sankey, Warrington, WA5 3FW
We use cookies on our website to give you the most relevant experience by remembering your preferences and repeat visits. By clicking “Accept All”, you consent to the use of ALL the cookies. However, you may visit "Cookie Settings" to provide a controlled consent.
Cookie SettingsAccept All
Manage consent

This website uses cookies to improve your experience while you navigate through the website. Out of these, the cookies that are categorized as necessary are stored on your browser as they are essential for the working of basic functionalities of the website. We also use third-party cookies that help us analyze and understand how you use this website. These cookies will be stored in your browser only with your consent. You also have the option to opt-out of these cookies. But opting out of some of these cookies may affect your browsing experience.
Necessary Always Enabled
Necessary cookies are absolutely essential for the website to function properly. These cookies ensure basic functionalities and security features of the website, anonymously.
Functional
Functional cookies help to perform certain functionalities like sharing the content of the website on social media platforms, collect feedbacks, and other third-party features.
Performance
Performance cookies are used to understand and analyze the key performance indexes of the website which helps in delivering a better user experience for the visitors.
Analytics
Analytical cookies are used to understand how visitors interact with the website. These cookies help provide information on metrics the number of visitors, bounce rate, traffic source, etc.
Advertisement
Advertisement cookies are used to provide visitors with relevant ads and marketing campaigns. These cookies track visitors across websites and collect information to provide customized ads.
Others
Other uncategorized cookies are those that are being analyzed and have not been classified into a category as yet.
SAVE & ACCEPT